Latest News
Home /The Caerulean/Is Corbyn on the brink of entering No. 10? – Thomas Barton, President

Listening to the Labour leader Jeremy Corbyn’s speech at the Labour Party Conference (Brighton, 27/09/17), you would be forgiven for assuming Corbyn and the rest of the Shadow Cabinet were on the cusp of forming the next Government.

The Labour Party Conference reflected a profound sense of optimism and self-confidence among the party faithful, with leading members of the Shadow Cabinet taking turns in announcing Corbyn as the next Prime Minister of a Labour Government, all while jubilant Labour members chanted their leader’s name.

The days of seemingly endless Shadow ministerial resignations and failed leadership challenges are but a distant memory. This year’s conference showcased a Labour Party united behind its leader, with previous Corbyn critic Sadiq Khan receiving a warm reception from party activists. Even Labour’s centrist deputy leader Tom Watson gave Corbyn his fall-backing and even instigated a series of “oh Jeremy Corbyn” chants during his conference speech.

Corbyn certainly thinks highly of his chances, telling his party audience that Labour was “on the threshold of power”. But despite finally managing to unite the Labour Party, is Corbyn truly on the brink of entering No 10, or is he simply preaching to the converted?

We are the political mainstream now

Corbyn made a bold claim during his conference speech, acknowledging British politics is usually won in the centre ground yet claiming the centre had shifted to the political left, making the Labour Party the political mainstream.

That is an ambiguous assertion, given that Corbyn has been depicted as a member of Labour’s hard-left wing ever since entering the political limelight.

It must be acknowledged, Corbyn has certainly compromised in certain policy areas in his efforts to keep the Parliamentary Labour Party onside. While dedicating much of his political activism to the Campaign for Nuclear Disarmament, the Labour Party’s manifesto pledged to maintain Trident- Britain’s nuclear deterrent. A lifelong Eurosceptic, Corbyn campaigned to remain in the European Union during the referendum, albeit in a half-hearted fashion. On NATO, Corbyn has committed to remain in the alliance, despite labelling it a “danger to world peace” in 2011.

Nevertheless, Corbyn veering away from his more extreme political positions does not necessarily equate to his manifesto reflecting moderate, mainstream political thinking. The Labour leader still advocates a series of radical policy measures, from re-nationalising the railways and utility companies, to abolishing tuition fees. The Telegraph claimed Corbyn’s pledges would cost an eye-watering £312 billion.

That being said, is Corbynism truly rooted in hard-left radicalism? While Corbyn talks of tax hikes, his focus has been on increasing taxes for the richest 5%. On corporation tax, Corbyn has committed to setting the rate to its pre-2010 level of 26%. While rent controls seem pseudo-socialist, young people are frustrated by the imbuing housing crisis and cities such as New York already have them in place. 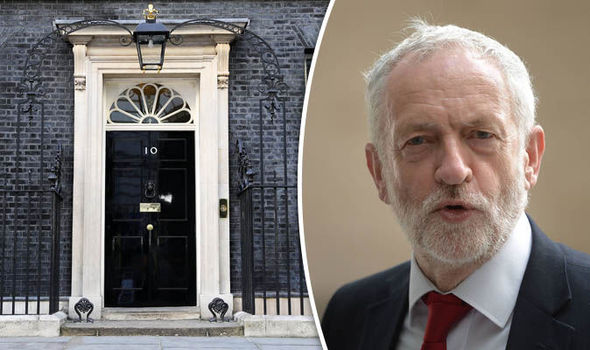 Only time will tell

While the Labour Party used conference to celebrate its recent electoral result, it is important to acknowledge that the Conservatives won the largest number of seats and votes. Corbyn may have increased his party’s share of seats in Parliament to 262, but that still falls far-short of the Conservatives’ superior tally of 318 seats. Even when amassing the seats won by the supposed progressive parties, the Conservatives remain in pole position with more seats than Labour, the Liberal Democrats, the Scottish Nationalists, Plaid Cymru, and the Greens put together.

The arithmetic is not all doom and gloom for Corbyn and his loyal supporters. Labour only needs to gain 7 Conservative seats to terminate the prospect of the Conservatives forming a coalition. Furthermore, the polls place Labour ahead of the Tories, with Corbyn polling more favourably than Prime Minister May.

But if we have learnt anything from the last year in British politics, it is that the political landscape is riddled with uncertainty. The pollsters may yet again be wrong, the next General Election is scheduled for 2021 and the overarching Brexit negotiations will surely dictate the standing of Theresa May in the eyes of the British public.

One thing is for certain. The Labour Party Conference demonstrated that Labour’s members are dancing to Corbyn’s tune, and in Tom Watson’s case, they are even singing to it.

The press isn’t at fault:…

Some good things our government…

The philosophy of a Eurosceptic…

The media misrepresentation of the…

A new trade relationship with…